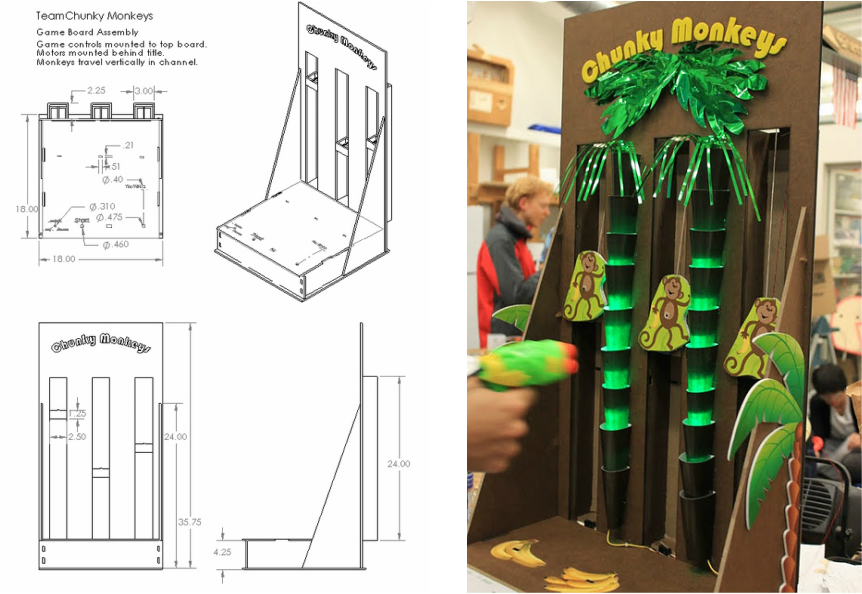 _A model of the whole assembly except for the motor mounts can be seen here with units of inches.
The model consists of the base, backboard, and channels for the boxes that served as the monkeys.

Motor mounts were made for all 3 motors.  Each mount held the motor and a motor shaft pinned in two places and and provided an easily alignable method to attach to the game backboard. The motors were 15V DC motors, and the drive shafts were attached using a set screw. 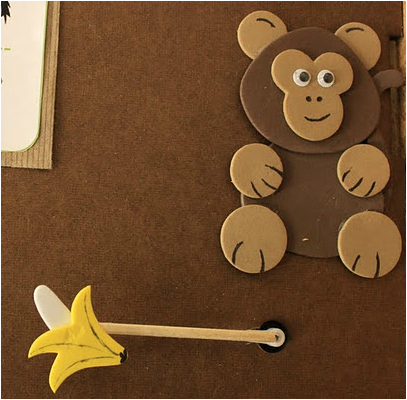 The timer consists of a banana mounted to a servo that moves slowly towards the monkey
as the timer progresses.  At the end of the game, the timer reaches the monkey's mouth, showing that the user has warded
off the monkeys for long enough and can now enjoy their bananas. 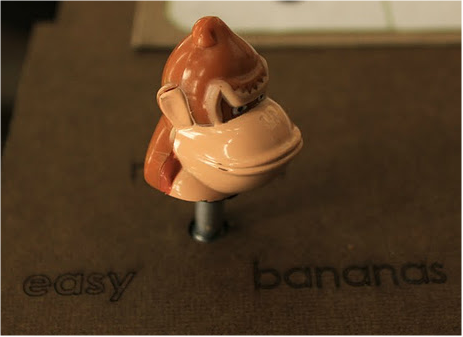 The difficulty setting was changed by twisting a monkey head attached
to a potentiometer.  The settings were easy, medium, and bananas. 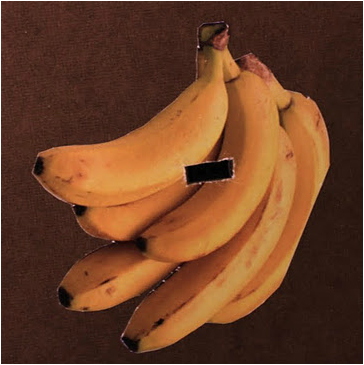 We used tape sensors to sense the waving of the user's hands over the "food" at the bottom of the game.
These sensors consist of an IR LED and IR phototransistor packaged such that the proximity of an object in
the device's focus area triggers the sensor.  This motion would cause the monkeys to retreat back up the trees. 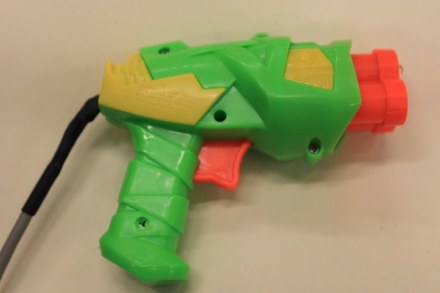 The gun in our game was used to shoot the monkeys which contained an IR phototransister.  The gun was opened,
and the IR LED was inserted.  Also, a switch was implemented into the trigger and a pager motor was
embedded in the handle.  Whenever a target was hit, the pager motor would vibrate providing user feedback.

As the monkeys moved upwards in their tracks, the wire running to the embedded phototransisters would bunch in their channels.  In order to prevent this from happening, a counterweight system was utilized so that as the monkeys moved upwards, the extra wire length would be pulled down the back of the board by the counterweights.  The counterweights were simply nuts attached to the wire on the back of the game. The weight was tuned so that the wire would consistently pull the extra wire out while still allowing the monkeys to move back down the channel. 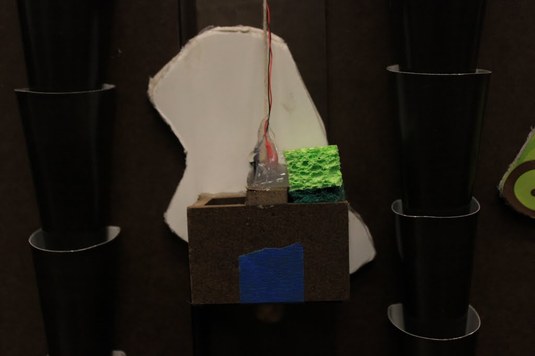 Directions were in a non-text picture format. The directions specify when certain actions are allowed in game play (i.e. when the monkey crosses the threshold). The dotted line in the pictures corresponds to a dotted line on the actual game board.